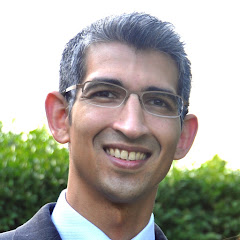 Founder and Director of Fraktal, supporting impact funders and investors with Due Diligence, Partner Support and Fund Strategy.
Previously CEO of Make A Difference, an award winning non-profit, mobilizing young leaders to ensure equitable outcomes for children in need of urgent care and protection in India.
Starting out as a grassroots rights activist in the mid-90s, and incorporating a five year stint as a Management Consultant, Rizwan has also independently worked with and advised nearly 250 non-profits and social enterprises in 40 countries across Europe, North and South America, Asia and Africa, covering a wide range of critical impact domains and touchpoints from poverty to literacy, livelihoods and health, affecting the most vulnerable demographics around the world.
Today, Rizwan is considered an expert in designing, managing and scaling impact, and in 2014 in partnership with Ashoka and GIZ, developed one of the first user-oriented frameworks and guides for scaling social impact with the PATRI Framework.

Social Effect: Learnings and insights from my work in Designing, Implementing and Scaling Social Impact.

Globosocial Adventures: Following my 3 year journey around the world working with non-profits and social enterprises from 2009-2011.